A photodiode is a semiconductor device that converts light into current. The current is generated when photons are absorbed in the photodiode. A small amount of current is also produced when no light is present. Photodiodes may contain optical filters, built-in lenses, and may have large or small surface areas. Photodiodes usually have a slower response time as their surface area increases. The common, traditional solar cell used to generate electric solar power is a large area photodiode. 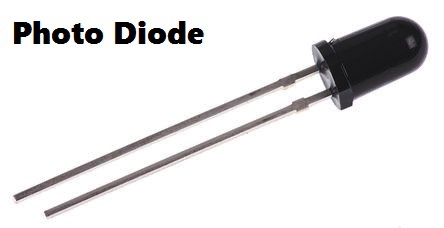 Operation of a photodiode

The Below Figure illustrates that the photodiode allows essentially no reverse current (except for a very small dark current) when there is no incident light. When a light beam strikes the photodiode, it conducts an amount of reverse current that is proportional to the light intensity (irradiance). 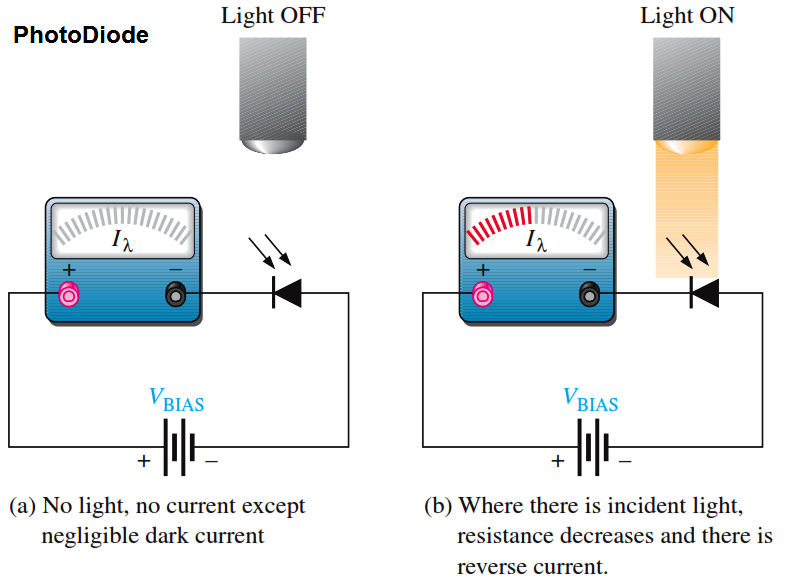 Synchronous Motor Is Not Self Starting?

To get a clear idea about this question consider a rotating magnetic field as equivalent to physical rotation of two stator poles N1 and S1 ...