A laser diode, or LD also known as injection laser diode or ILD, is an electrically pumped semiconductor laser in which the active laser medium is formed by a p-n junction of a semiconductor diode similar to that found in a light-emitting diode. 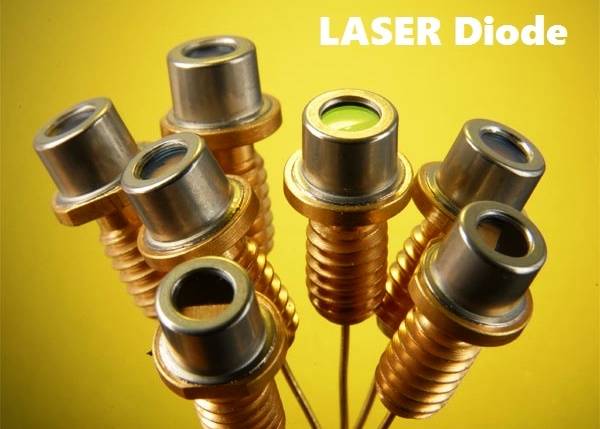 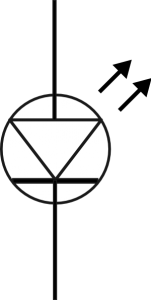 The basic construction of a laser diode is shown in Figure (b). A pn junction is formed by two layers of doped gallium arsenide. The length of the pn junction bears a precise relationship with the wavelength of the light to be emitted. There is a highly reflective surface at one end of the pn junction and a partially reflective surface at the other end, forming a resonant cavity for the photons. External leads provide the anode and cathode connections.

The basic operation is as follows. The laser diode is forward-biased by an external voltage source. As electrons move through the junction, recombination occurs just as in an ordinary diode. As electrons fall into holes to recombine, photons are released. A released photon can strike an atom, causing another photon to be released. As the forward current is increased, more electrons enter the depletion region and cause more photons to be emitted. Eventually some of the photons that are randomly drifting within the depletion region strike the reflected surfaces perpendicularly. These reflected photons move along the depletion region, striking atoms and releasing additional photons due to the avalanche effect.

This back-and-forth movement of photons increases as the generation of photons “snow-balls” until a very intense beam of laser light is formed by the photons that pass through the partially reflective end of the pn junction. Each photon produced in this process is identical to the other photons in energy level, phase relationship, and frequency. So a single wavelength of intense light emerges from the laser diode, as indicated in Figure (c). Laser diodes have a threshold level of current above which the laser action occurs and below which the diode behaves essentially as an LED, emitting incoherent light.

One of the important characteristics of a laser diode is that the threshold. It is given that, the lasing action will not takes place until a minimum power is applied to the material. This is illustrated in the following figure. This graphical representation compares the output power versus the input current. Even though, the laser diode emit the light below the threshold energy, the spontaneous emission is weaker than that of the emission of laser light above the threshold.
The following graph shows the characteristics of laser diode, 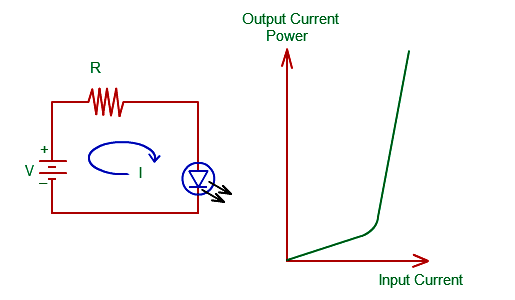 Laser diodes and photodiodes are used in the pick-up system of compact disk (CD) players. Audio information (sound) is digitally recorded in stereo on the surface of a compact disk in the form of microscopic “pits” and “flats.” A lens arrangement focuses the laser beam from the diode onto the CD surface. As the CD rotates, the lens and beam follow the track under control of a servomotor. The laser light, which is altered by the pits and flats along the recorded track, is reflected back from the track through a lens and optical system to infrared photodiodes. The signal from the photodiodes is then used to reproduce the digitally recorded sound. Laser diodes are also used in laser printers and fiber-optic systems.

1. What is traceability matrix? The relationship between test cases and requirements is shown with the help of a document. This document is known as ...