There  are  two  important  characteristics  of  photo- diode.

where   m  =  slope of the straight line

The quantity m is called the sensitivity of the photo-diode. 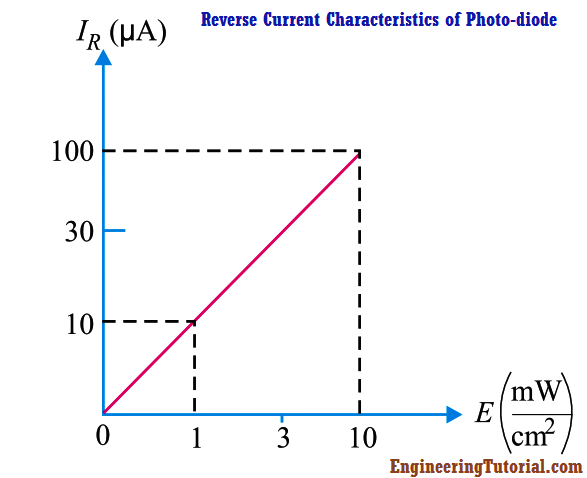 The below Fig. shows the graph between reverse cur- rent (IR) and reverse voltage (VR) for various illumination levels.   It is clear that for a given reverse-biased voltage VR, the reverse current IR increases as the illumination (E) on the pn junction of photo-diode is increased. 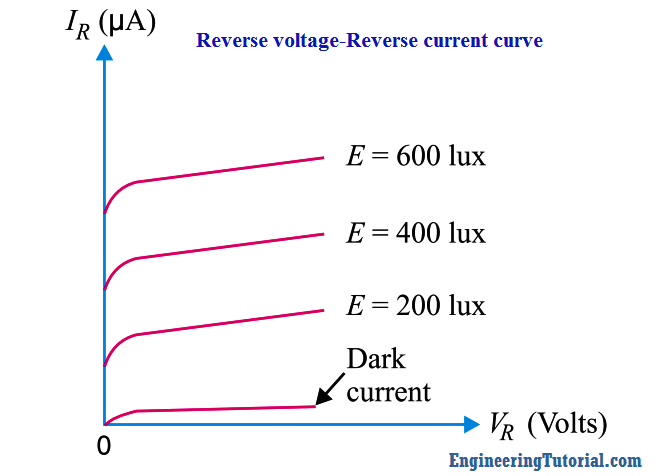