The photodiode is a device that operates in reverse bias, as shown in Figure.

where Ia is the reverse light current. The photodiode has a small transparent window that allows light to strike the pn junction. 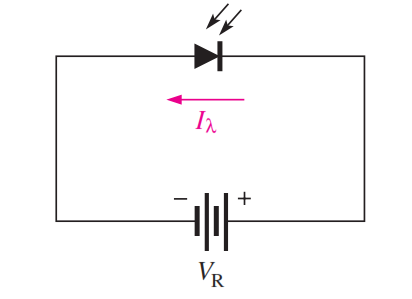 In reverse-biased, a rectifier diode has a very small reverse leakage current. The same is true for a photodiode. The reverse-biased current is produced by thermally generated electron-hole pairs in the depletion region, which are swept across the pn junction by the electric field created by the reverse voltage. In a rectifier diode, the reverse leakage current increases with temperature due to an increase in the number of electron-hole pairs.

From the graph in Figure (b), you can see that the reverse current for this particular device is approximately 1.4 mA at a reverse-bias voltage of 10 V with an irradiance of 0.5 mW/cm2.

Therefore, the resistance of the device is

These calculations show that the photodiode can be used as a variable-resistance device controlled by light intensity. 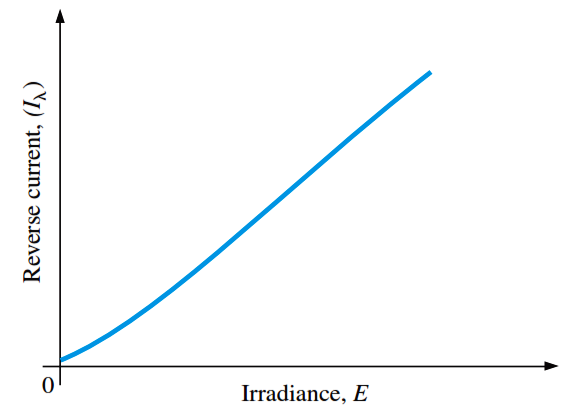 Fig (a) : General graph of reverse current versus irradiance 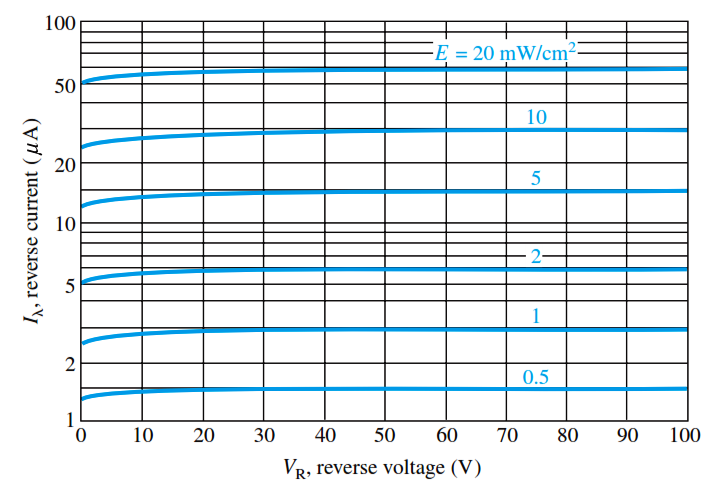 Fig (b) : Example of a graph of reverse current versus reverse voltage for several values of irradiance

The developed heat because of core and copper losses should be dissipated to atmosphere continuously during operation.If the heat arises by the losses is not ...