A tunnel diode or Esaki diode is a type of semiconductor that is capable of very fast operation, well into the microwave frequencyregion, made possible by the use of the quantum mechanical effect called tunneling.

Tunnel diode is a highly doped semiconductor device and is used mainly for low voltage high frequency switching applications. It works on the principle of Tunneling effect. It is also called as Esaki diode named after Leo Esaki, who in 1973 received the Nobel Prize in Physics for discovering the electron tunneling effect used in these diodes. 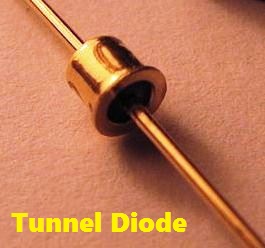 Where P is the probability that the particle crosses the barrier,

Eb is the barrier energy

W is the barrier width.

The IV characteristics of the tunnel diode is shown below 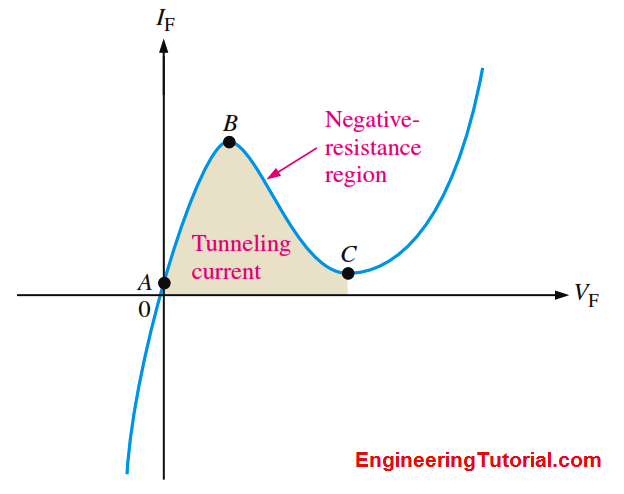 Tunnel diodes are made from Germanium or gallium arsenide due to their highest peak voltage to valley point swing. The ratio of high peak current to valley current quantifies the maximum voltage swing allowed in negative resistance region.

Some of the applications of Tunnel diode are

The photodiode is a device that operates in reverse bias, as shown in Figure. where Ia is the reverse light current. The photodiode has a ...