A clamper adds a dc level to an ac voltage. Clampers are sometimes known as dc restorers. Below Figure shows a diode clamper that inserts a positive dc level in the output wave form. The operation of this circuit can be seen by considering the first negative half-cycle of the input voltage.

When the input voltage initially goes negative, the diode is forward biased, allowing the capacitor to charge to near the peak of the input (Vp(in) – 0.7 V), as shown in Figure (a). Just after the negative peak, the diode is reverse-biased. This is because the cathode is held near Vp(in) – 0.7 V by the charge on the capacitor. The capacitor can only discharge through the high resistance of RL. So, from the peak of one negative half-cycle to the next, the capacitor discharges very little. The amount that is discharged, of course, depends on the value of RL. 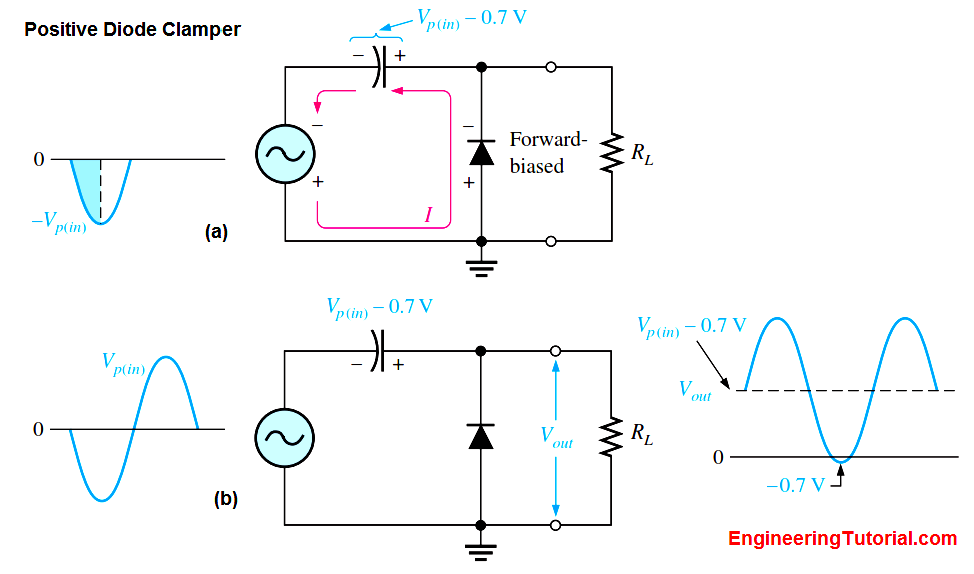