Faults in a Transformer

Transformers are the major power system components which are used at various voltage levels with the capacity varying from 1kVA to >600 MVA.  Transformers are widely used devices to transfer power from one circuit to another circuit magnetically with out physical coupling. Any damage to this component results in complete loss of power to one system. The transformer should be protected from the faults to avoid break down of the transformer which may lead to major interruption in power transformation. To protect it from the fault the typical faults in the fault should be known.

Faults in the transformer

Faults in the transformer are classified as internal faults and through faults. 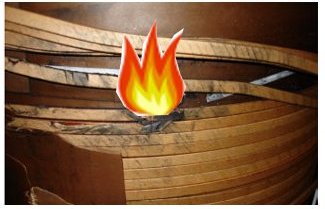 Electrical faults: Phase to Phase fault, Phase to ground, Inter turn faults extra will come under electrical internal faults. As a result of winding insulation failure which often creates short circuit between short circuit between phase to phase or phase to ground results in high current flow. This high current flow may break the down the winding or even it may also damage the core fully. So for this faults the transformer should be switched off immediately and should be taken in to service.

Transformer cooling media faults, Transformer tap changing faults are considered as mechanical faults. The cooling medium failure results in high temperatures in transformer which effects the insulation and casing. In long run this may result deterioration of component or even it may also create fire in the transformer. In transformer tap changing mechanism there will be high current flow in the taping, if any fault in this mechanism may result in flashing at tap changers. In OLTC this problem is very high compared to offload tap changer.

Main protections: These are immediate fault clearance protections which acts instantaneously to clear the faults in the transformer.

A wound-rotor motor (Slip Ring Motor) is a type of induction motor where the rotor windings are connected through slip rings to external resistances. Adjusting ...