An energy diagram for a pn junction at the instant of formation is shown in Figure (a). As you can see, the valence and conduction bands in the n region are at lower energy levels than those in the p region, but there is a significant amount of overlapping. 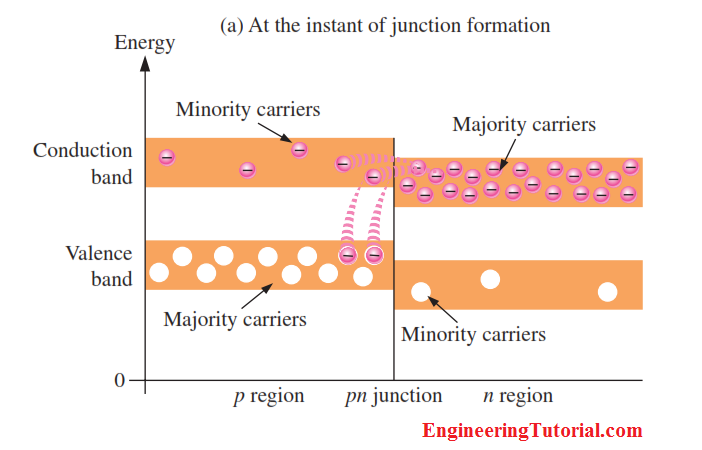 The free electrons in the n region that occupy the upper part of the conduction band in terms of their energy can easily diffuse across the junction (they do not have to gain additional energy) and temporarily become free electrons in the lower part of the p-region conduction band. After crossing the junction, the electrons quickly lose energy and fall into the holes in the p-region valence band as indicated in Figure (a). 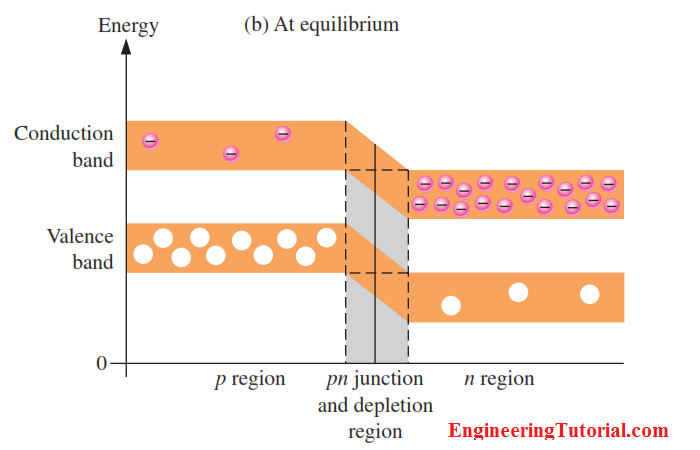 Most of the faults on over head lines are transient in nature. About 85% to 90% of faults are momentary and caused by tree branches, ...