Ripple Voltage As you have seen, the capacitor quickly charges at the beginning of a cycle and slowly discharges through RL after the positive peak of the input voltage (when the diode is reverse-biased). The variation in the capacitor voltage due to the charging and discharging is called the ripple voltage. Generally, ripple is undesirable; thus, the smaller the ripple, the better the filtering action, as illustrated in Below Figure. 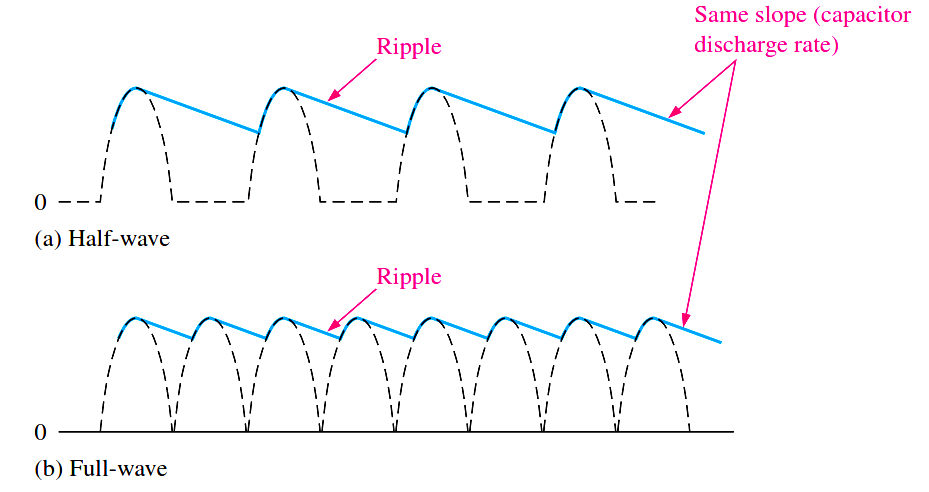 Fig 2 : Comparison of ripple voltages for half-wave and full-wave rectified voltages with the same filter capacitor and load and derived from the same sinusoidal input voltage.

For a full-wave rectifier with a capacitor-input filter, approximations for the peak-to-peak ripple voltage, Vr(pp), and the dc value of the filter output voltage, VDC, are given in the following equations. The variable Vp(rect) is the unfiltered peak rectified voltage. Notice that if RL or C increases, the ripple voltage decreases and the dc voltage increases.

Transistor as an Amplifier in Common Emitter

The below Fig. shows the common emitter npn amplifier circuit. Note that a battery VBB is connected in the input circuit in addition to the signal ...