Current Limiting Reactors are connected in series with the power system essentially to damp the short circuit fault current. During normal operation, a continuous current flows through the reactor. Current limiting reactors are now widely used to control fault currents in both utility and industrial power systems.

The primary advantages of a current limiting reactor are:

This type of reactors are briefly classified as : 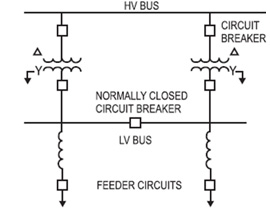 This type of reactor is connected in series with the transmission or distribution lines and is used to reduce fault level at the output of the reactor to the desirable level. They carry a continuous current during normal operation and hence Power loss is an important consideration. A dry type air core reactor by design has a high Q factor and hence preferred for this application. A low loss reactor can bring substantial benefit to the customer during course of life of the equipment. 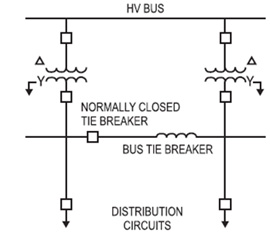 These reactors are used to tie two or more feeders or power sources are connected to a single bus. It is desirable to sectionalize the bus due to high fault levels without losing operational flexibility. The advantage of bus tie reactor is that if load is essentially balanced on both sides of the reactor under operating conditions, the reactor has negligible effect on voltage regulation or system losses. Quality Power can provide the customer a thorough solutions which includes :

The current limiting reactors are used to perform the following functions:

In general reactors should be placed at the points in the network where they can be most effective. Very few occasions arise where it is necessary or desirable to introduce reactance in the generator circuits as modern alternators have sufficient inherent reactance to enable them to withstand the forces of the short circuit. However when older machines operate in parallel with the older machines, a case may arise where the added reactance in the circuits of the older machines will provide protection and give them a roughly the same characteristics as the new machines

Reactors installed in the individual feeder circuits are not an economical proposition as often a considerable number of feeders are involved. Generally reactors are employed so that a group of feeders where the insertion of additional reactance is necessary to protect the group of circuit breakers of rupturing capacity. Similarly interconnection between the new and the old sections of the installation may profitably include a reactor and thus eliminate the need of replacing old circuit breakers

Methods to Reduce Step Potential and Touch Potential in Substation

Step Potential and Touch Potentials are very important in substations because during ground faults all the ground current returns to the substation transformer (as the ...