This method of biasing is common in switching circuits. Figure shows a base-biased transistor. The analysis of this circuit for the linear region shows that it is directly dependent on βDC. Starting with Kirchhoff’s voltage law around the base circuit, 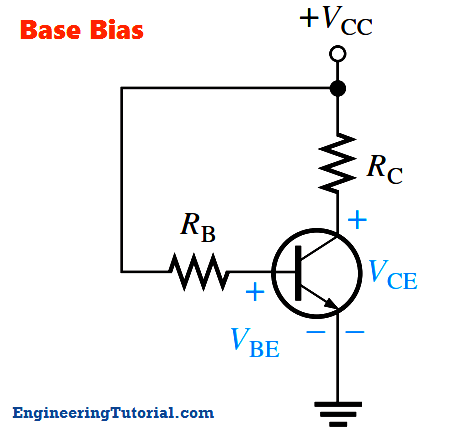 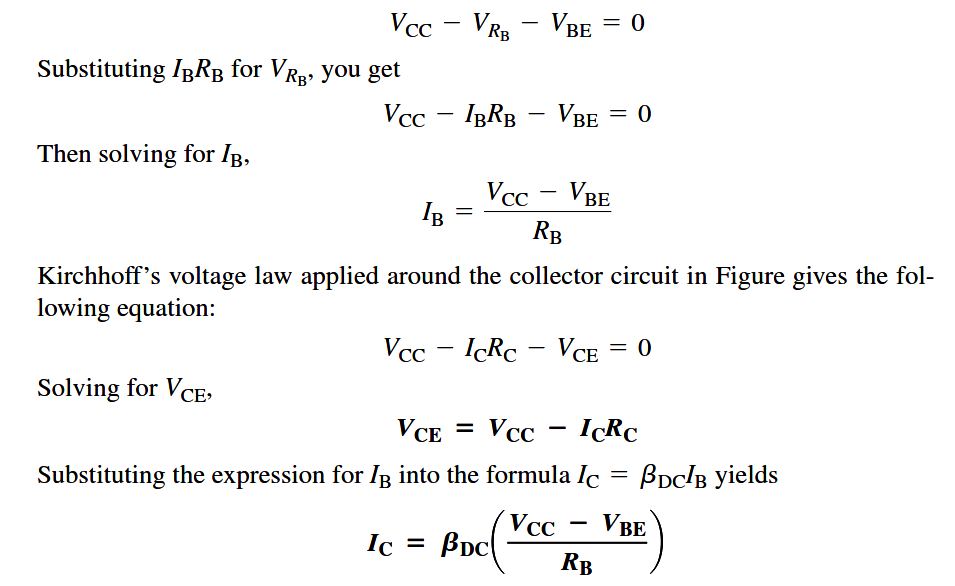 Q-Point Stability of Base Bias

Notice that Above Equation shows that IC is dependent on βDC. The disadvantage of this is that a variation in βDC causes IC and, as a result, VCE to change, thus changing the Q-point of the transistor. This makes the base bias circuit extremely beta-dependent and unpredictable.

Recall that βDC varies with temperature and collector current. In addition, there is a large spread of βDC values from one transistor to another of the same type due to manufacturing variations. For these reasons, base bias is rarely used in linear circuits but is discussed here so you will be familiar with it.