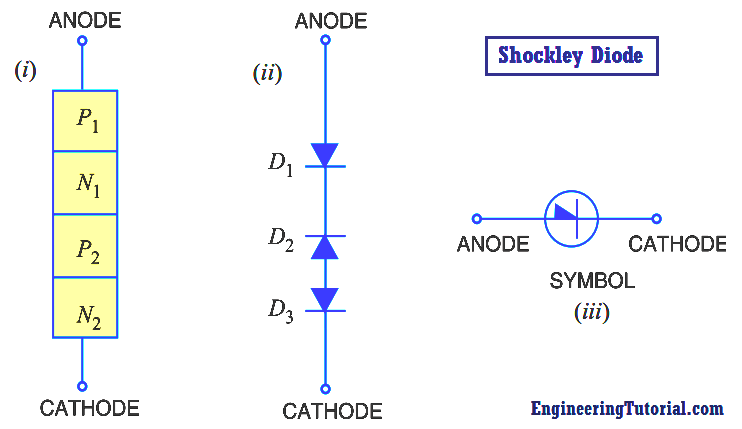 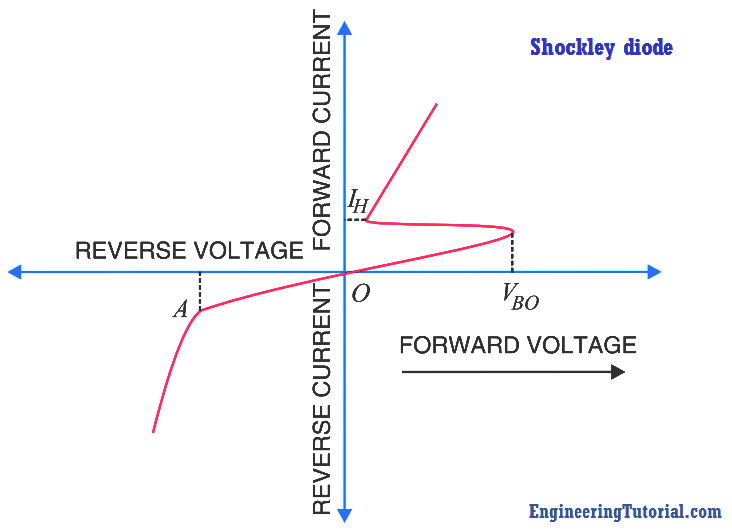 Note. Once Shockley diode is turned ON (i.e., it starts conducting), the only way to turn it OFF is to reduce the applied voltage to such a value so that current flowing through Shockley diode drops below its holding current (IH) value. Diode D2 then comes out of its reverse-breakdown state and its high-resistance value is restored. This, in turn, causes the entire Shockley diode to revert to its high- resistance (switch open) state.

What is a Schottky Diode? A Schottky diode, also known as a hot carrier diode, is a semiconductor diode which has a low forward voltage ...