[1] What is Switched Reluctance Motor?
The switched reluctance motor is a double salient, singly excited motor. This means that it has salient pole on the rotor and the stator, but only one member carries windings. The rotor has no windings, magnets or cage windings. It works on variable reluctance principle.

[2] What are the two types of control techniques in SRM?

[3] What is meant by energy ratio?

Energy ratio = Wm/[Wm + R] = 0.455
Wm = mechanical energy transformed
This energy ratio cannot be called as efficiency. As the stored energy R is not wasted as a loss but it is fed back to the source through feedback diodes.

[5] What are the major difference between SRM and stepper motor?

[8] What is the working principle of Switching Reluctance Motor?
The switched reluctance motor basic principle is based on Faraday’s law of electro magnetic interaction.

[11] What are the advantages of switched reluctance motor?

[12] Whar are the applications of SRM?

[13] What is the difference between Synchronous Reluctance Motor and PM Synchronous Motor?

[14] What are the differences between PMBLDC and PMSM? 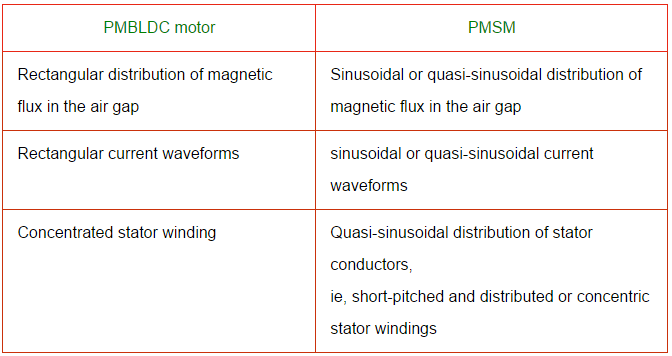 [15] Distinguish between self-control and vector control of PMSM

[16] What is meant by slotless motor?

In slotless motor, the stator teeth are removed and resulting space is partially filled with addition of copper

[17] State the advantages of PMSM?

[18] What are the advantages and disadvantages of PMSM?

[19] Write the EMF equation of PMSM

[20] What are the assumptions made in derivation of EMF equation for PMSM?

[21] Why PMSM operating in self-controlled mode is known as Commutatorless DC Motor?
Load side controller performs somewhat similar function as commutator in a DC machine. The load side converter and synchronous motor combination functions similar to a DC machine.
First it is fed from a DC supply and secondly like a DC machine. The stator and rotor field remain stationary with respect to each other at all speeds. Consequently, the drive consisting of load side converter and synchronous motor is known as commutator less DC motor.

All the equipments connected to the power utility system is designed to be used within the voltage range. Voltage drop exist in each part of ...