The basic structure of the bipolar junction transistor (BJT) determines its operating characteristics. 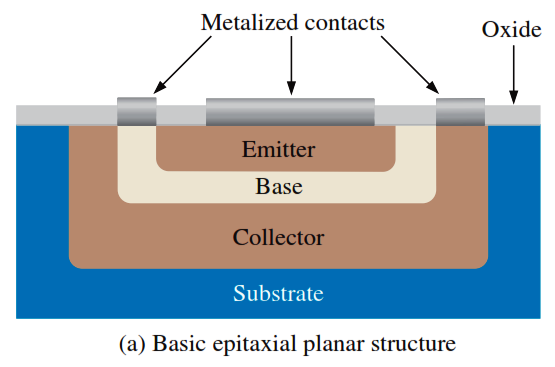 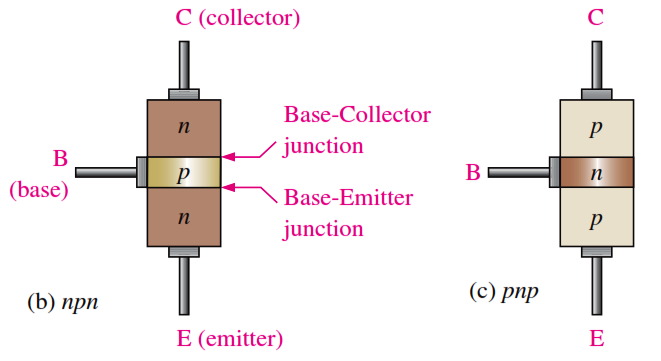 The base region is lightly doped and very thin compared to the heavily doped emitter and the moderately doped collector regions. The Below  Figure shows the schematic symbols for the npn and pnp bipolar junction transistors. 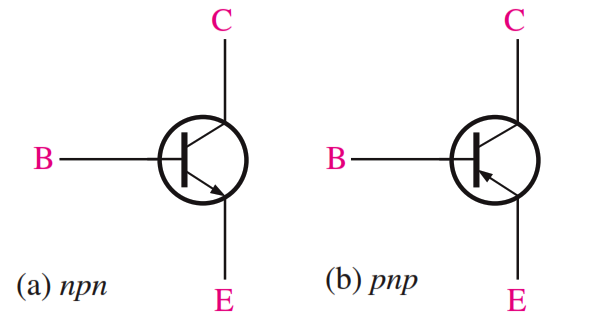