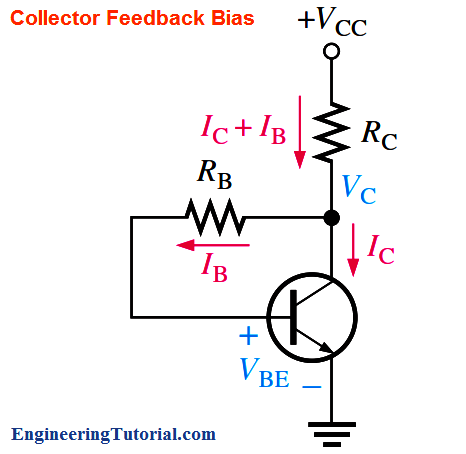 In Figure, the base resistor RB is connected to the collector rather than to VCC, as it was in the base bias arrangement discussed earlier. The collector voltage provides the bias for the base-emitter junction. The negative feedback creates an “offsetting” effect that tends to keep the Q-point stable. If IC tries to increase, it drops more voltage across RC, thereby causing VC to decrease. When VC decreases, there is a decrease in voltage across RB, which decreases IB. The decrease in IB produces less IC which, in turn, drops less voltage across RC and thus offsets the decrease in VC.

Analysis of a Collector-Feedback Bias Circuit

By Ohm’s law, the base current can be expressed as 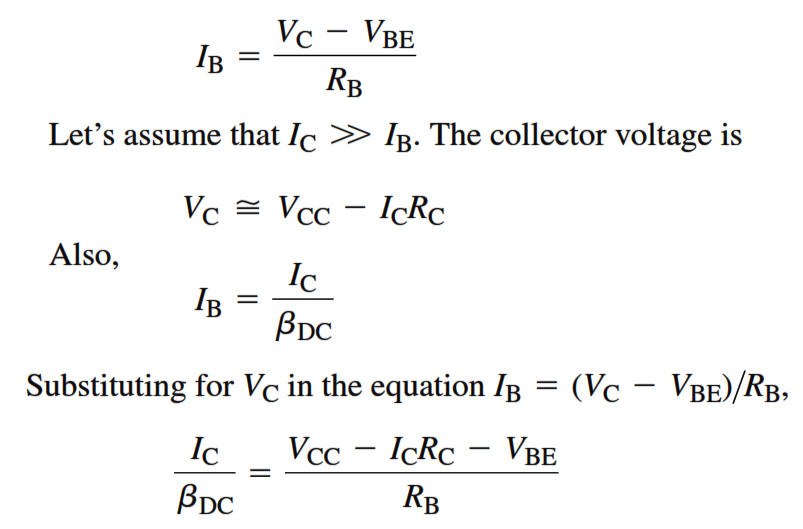 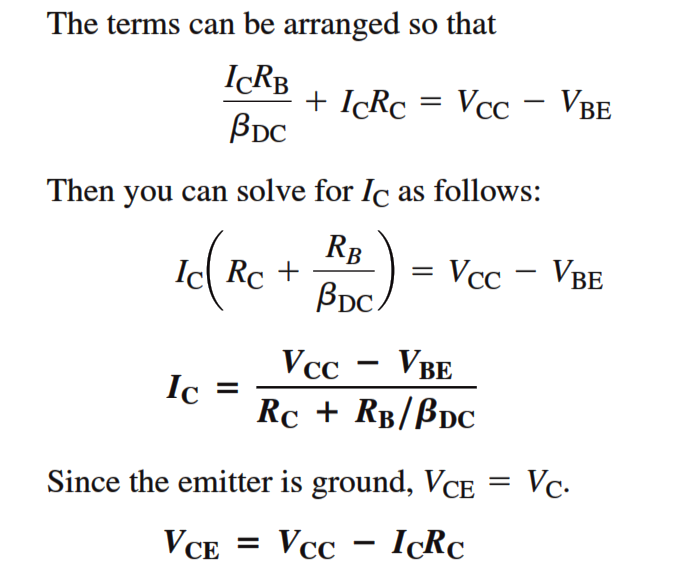 Above Equation  shows that the collector current is dependent to some extent on βDC and VBE. This dependency, of course, can be minimized by making RC >> RB/βDC and VCC >> VBE. An important feature of collector-feedback bias is that it essentially eliminates the βDC and VBE dependency even if the stated conditions are met.

It can be quite useful to determine how a voltage appearing across two series resistors “divides” between them. Consider the circuit shown below: By Ohm’s ...