In the below figure we tried to show you pony motor connection to synchronous motor.This is not exact arrangement what we use in industries. 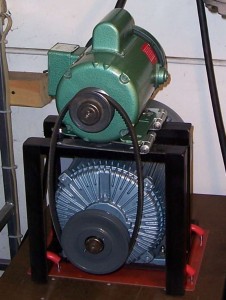 This is the most used method of starting synchronous motor.In addition to the normal field winding an additional winding consisting of copper bars placed in the slots in the pole faces.Ends of the copper bars are short circuited with the help of end rings.This winding is called damper winding.This damper winding acts as a squirrel cage rotor of an induction motor. 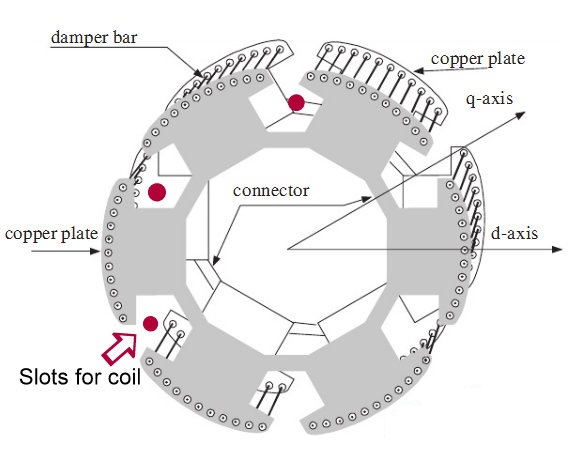 In this method an external rheostat then can be introduced in series with the rotor circuit. So when stator is excited, the motor starts as a slip ring induction motor and due to resistance added in the rotor provides high starting torque.

The resistance is then gradually cut off, as motor gathers speed. When motor attains speed near synchronous. d.c. excitation is provided to the rotor, then motors gets pulled into synchronism and starts rotating at synchronous speed. The damper winding is shorted by shorting the slip rings. The initial resistance added in the rotor not only provides high starting torque but also limits high inrush of starting current. Hence it acts as a motor resistance starter.

Current Limiting Reactors are connected in series with the power system essentially to damp the short circuit fault current. During normal operation, a continuous current ...