(i)  common base connection

Each circuit connection has specific advantages and disadvantages.  It may be noted here that regardless of circuit connection, the emitter is always biased in the forward direction, while the collector always has a reverse bias.

The comparison of various characteristics of the three connections is given below. 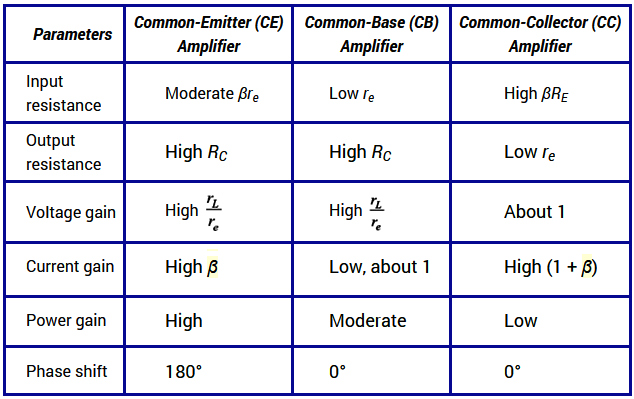 The input resistance (ri) and output resistance (ro) of CC circuit are respectively high and low as compared to other circuits. There is no voltage gain (Av < 1) in a CC circuit. This circuit is often used for impedance matching.

Losses in a DC Generator

Efficiency is a very important specification of any type of electrical machine. When we talk about efficiency, losses comes into the picture. DC generator efficiency ...