Advantages & Disadvantages of Fuse in a Electrical Circuit

Fuse is the cheapest protection device in electrical circuit against short circuits and overloading of circuits. Fuse is a metal wire or thin metal strip which has the property of low melting point which is inserted into the electrical circuit as protective device. 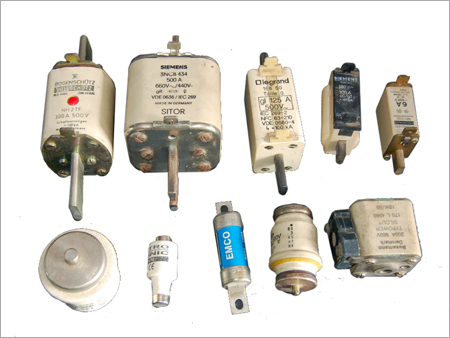 Fuse provides protection against excessive currents which can flow in circuit during short circuits. Under normal working condition the current flowing through the circuit is within safe limits but when fault occurs such as short circuit occurs or when load more than circuit capacity is connected to it, current exceeds the limiting value results in fuse wire gets heated up, melts and break the current. Thus fuse protects the machine or electrical equipment against the excessive currents.

Time for blowing out of fuse depends on the magnitude of the excessive current. Larger the current more rapidly the fuse blown off. Thus fuse have inverse time characteristics. Such characteristics is desirable for protective gear.

Fuses are used on low and high voltage circuits of moderate to high capacity where frequent operation is not not expected. Fuse is employed for protection of distribution transformers, small and medium size motors, lighting circuits, branch circuits of distribution lines, in industrial plants and commercial buildings.

Advantages and Applications of zigzag transformer